Home » News » ARTICLES » The Mode of Baptism
This post has been viewed 5667 times.

Printable Version
Email to a Friend
Subscribe: Email, RSS
The Mode of Baptism

from our sister in the Lord Pastor Debbie 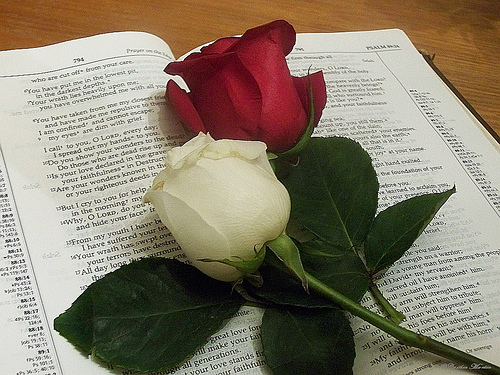 The Mode of Baptism
The word mode refers to the manner in which something is done. Within the Christian community, controversy exists over the mode of water baptism-whether by immersion, pouring, or sprinkling. On this issue, Christian groups basically divide into two major camps-those insisting on the exclusive use of immersion and those permitting and practicing plural forms of baptism. Both cannot be right. It is imperative that we allow the Scriptures to settle the issue.
Further, Christianity also divides over whether water baptism is to be administered in the name of Jesus or whether it is to be performed using the triune formula. Again, however, Scripture must establish biblical doctrine (2 Timothy 3:16). No doctrine should rest on private interpretation, but all teaching should harmonize with the whole of Scripture (2 Peter 1:20). The Scripture clearing establish the proper mode of water baptism through multiple New Testament references.
By Immersion
One of the strongest arguments for baptism by immersion revolves around the Greek word baptism in the New Testament. The New Unger’s Bible Dictionary indicates that “immersion” is confirmed from the meaning of the original Greek word baptizo used in various Greek writings-popular, historical, and biblical. Vine’s Expository Dictionary of Biblical Words points out the word baptizo means “to dip” and was “used among the Greeks to signify the dyeing of a garment, or the drawing of water by dipping a vessel into another, etc.” This implies submerging a garment into dye or plunging a container beneath the water’s surface so as to fill it. The original language of the New Testament implies immersion.
John the Baptist practiced water baptism by immersion and the early church followed this practice. Further, the Scriptures do not support any other form of water baptism. The International Standard Bible Encyclopedia suggests, “there is nothing in the New Testament to offset this obvious and inevitable interpretation. “The Evangelical Dictionary of Theology contends, “Immersion was fairly certainly the original practice.”
The language of the New Testament is one witness for the practice of immersion in water baptism; however, there are other witnesses. For example, when baptized by John, Matthew recorded that Jesus “went up straightway out of the water” (Matthew 3:16). Similarly, Mark recorded that Jesus came up “out of the water” (Mark 1:9-10). It is clear that John submerged Jesus beneath the water and then brought Him up again. Further, John baptized in Aenon near Salim, because “there was much water there” (John 3; 23). John need such placed in order to immerse those he baptized.
When Philip baptized the Ethiopian eunuch, they went down “into the water, both Philip and the eunuch; and he baptized him” (Acts 8:38). This clearly indicates Philip led the eunuch into water deep enough to submerge him.
Paul taught we are buried with Christ by water baptism (Romans 6:4; Colossians 2; 12). Burial is a process of completely coving the deceased. Likewise, a person who has died out to sin through repentance must be buried by baptism. Burial implies being submerged. Paul went on to describe how the believer emerges to walk in the newness of life. The imagery of Paul’s words gives further credibility to the mode of immersion for water baptism.
In Jesus’ Name
Since the bible is the sole authority for the doctrine of salvation, we should examine it closely. In view of the subject of Jesus Name baptism, it is noteworthy that Scriptures do not record a single occasion of anyone being baptized using a triune formula through church history, but is should not be necessary to do so. The Book of Acts chronicles numerous occasions where the actions of the apostles demonstrated how they interpreted the teachings of the Lord regarding water baptism. Throughout the Book of Acts the apostles’ practice was consistent-baptizing new believers in Jesus’ name for the remission of sins. The Scriptures reveal no exceptions to the practice.
Jesus taught His disciples that “repentance and remission of sins should be preached in his name among all nations, beginning at Jerusalem” (Luke 24:27). It is evident how the apostles interpreted Christ’s command; in Acts 2, they stood in agreement as Peter proclaimed Jesus as both Lord and Christ to a condemned audience and instructed them to repent of their sins and be baptized “in the name of Jesus Christ for the remission of sins” (Acts 2;14,38).
When Peter stood in Acts 2 and preached on the Day of Pentecost, he gave the plan of salvation for all mankind (Acts 2:38). The plan and promise is for all people regardless of culture, nation, or generation (Acts 2; 39). The apostles were consistent in their practice whether baptizing Jews, Samaritan, or Gentiles; all were baptized in Jesus ‘name (Acts 2:38, 8:12-16; 10:48).
If you have any questions ask.
Have a blessed day and week and weekend.
Jesus bless,
Love, Internet Tel-Evangelist,Debbie
Discussion: The Mode of Baptism
Flat ViewPost Message